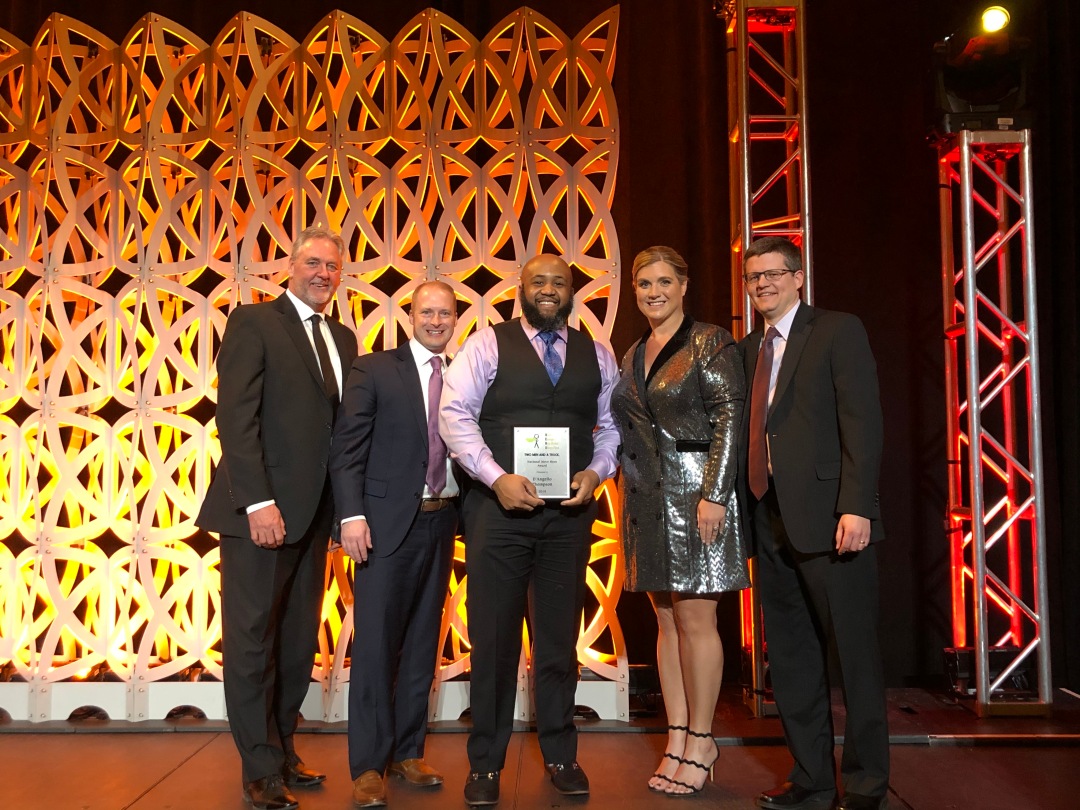 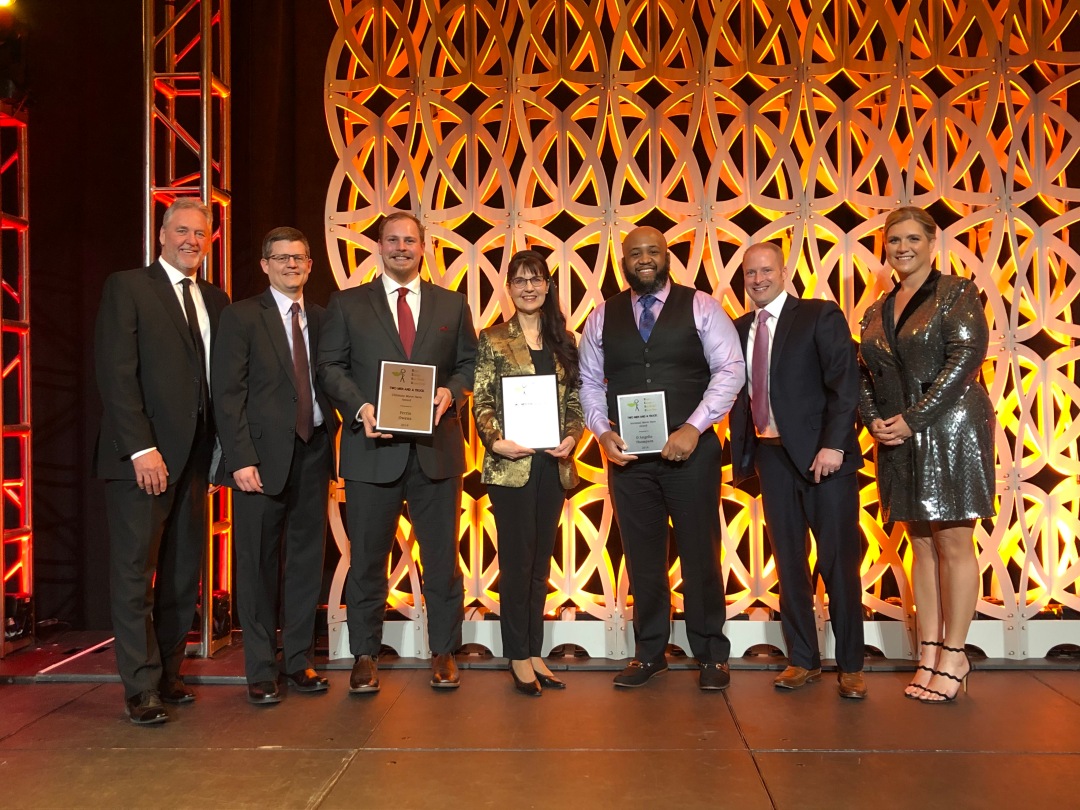 At TWO MEN AND A TRUCK, we work hard to earn the nickname “Movers Who Care®”, and it’s the individuals on our frontline teams who help keep this name going strong.

With so many outstanding movers, drivers, and customer service representatives across our franchises in 44 U.S. states, we have an entire network of people who can be considered “move heroes”. This year, it was D’Angello Thompson of our Garland, Texas franchise who took home the honor of “National Move Hero” recently at the TWO MEN AND A TRUCK Annual Meeting in Las Vegas, Nev.

“He is always putting the customer first,” said Kirsten Wilson, the regional sales director for the TWO MEN AND A TRUCK North Dallas, Texas franchise location. “He’s always trying to figure out what’s going to make the best move they’ve ever had.”

This same sentiment was echoed by all of Thompson’s coworkers, who all point to his positive attitude, his dedication to making customers happy, and his commitment to his team as reasons why he was so deserving of the award.

“Any situation that D’Angello gets put into, he always makes the best of it,” said Derek Peets, relocation consultant at the North Dallas, Texas franchise location. “It always turns into a positive outcome.”

To learn more about Thompson, check out his “National Move Hero” video below!

Be sure to check out the two runner-ups for the “National Move Hero” award as well!