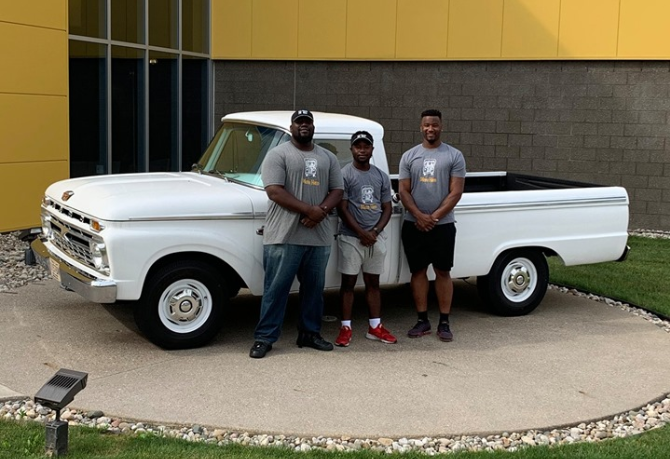 A “move hero” is someone who goes above and beyond what it means to be a mover here at TWO MEN AND A TRUCK. They put others before themselves, work hard in their communities, and are a friendly face during each move, putting customers at ease.

We work hard to recognize Move Heroes all throughout our system each year, highlighting some of the wonderful individuals who work within our TWO MEN AND A TRUCK family. Recently, three movers from our Jackson, Miss., franchise encountered a dangerous situation and acted quickly to make a difference for a stranger.

The moving team was on their way to a move when they noticed a car accident, they stopped to see if anyone needed help and quickly noticed smoke starting to come from the car. The three team members – Randy Wallace, Armond Carr, and James Perkins – grabbed the fire extinguisher from the truck before running to the vehicle and pulled the passenger out to safety. Not long after, the car went up in flames.

It was a selfless act from the three men, one that ultimately saved the life of a stranger. It speaks to the character of the movers, and to the type of people we hire here at TWO MEN AND A TRUCK.

See some of the local news pieces that feature Randy, Armond, and James’ story below!

‘They were true heroes’: Woman reunites with movers who rescued her from trapped car