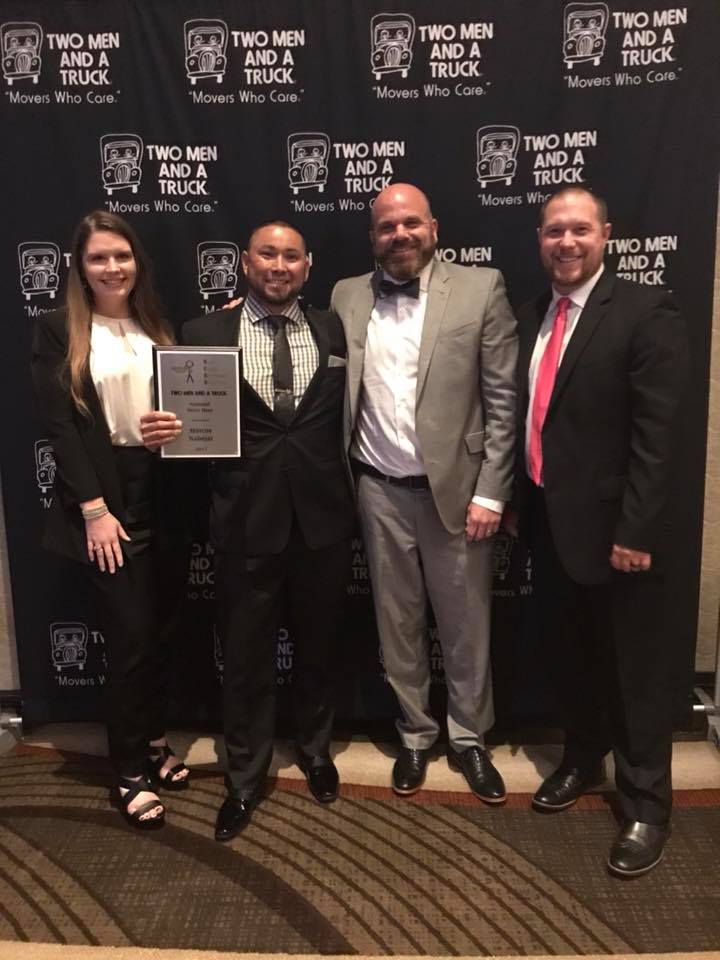 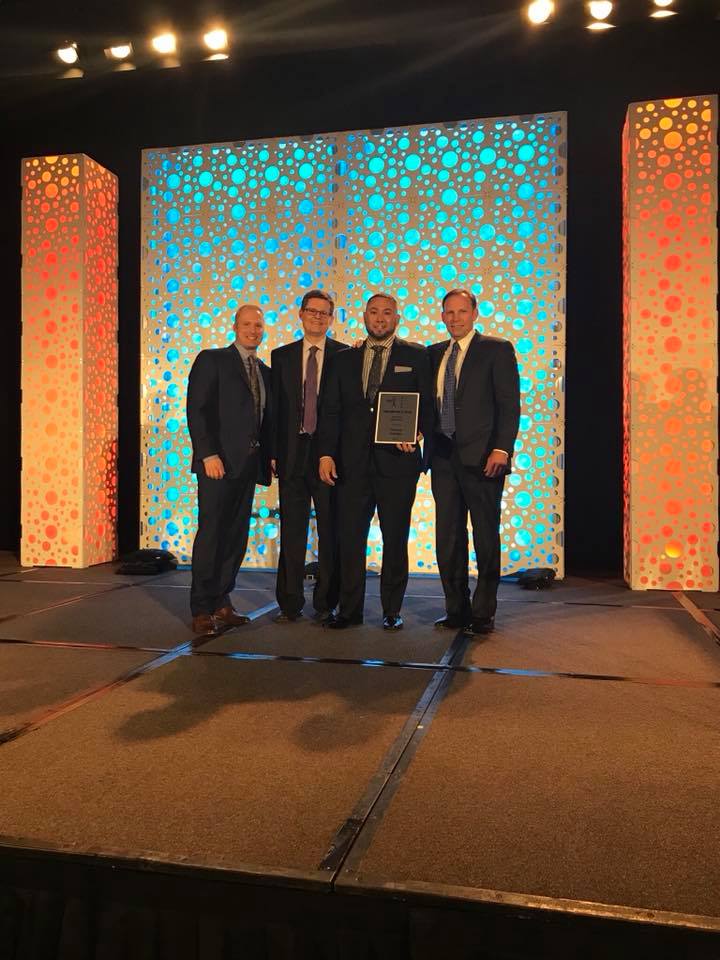 It’s no secret that when you look at the TWO MEN AND A TRUCK® success over the last 30 years, its people have been the one common factor keeping the brand moving forward.

With more than 350 locations operating in four different countries, over seven million moves completed, and endless customers impacted by our services, the most important part of our business is the hardworking individuals we employ all across the system.

This all starts at the frontline level of the company – the ones who truly make things happen with the heavy lifting. For Marcos Nabejar of the McKinney, Texas, location, his efforts as a TWO MEN AND A TRUCK team member stood out above the rest of the system and he was awarded with the highest honor a frontline employee can receive – the National Move Hero Award.

“I was just overwhelmed with gratitude by the entire process,” said Nabejar, who has been a lead trainer and truck driver for the McKinney location since January of 2016. “It truly showed that with God, all things are possible in life.” 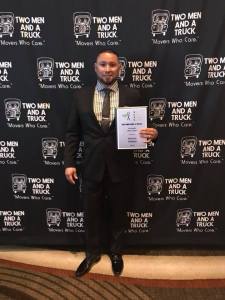 Nabejar was informed of his nomination before TWO MEN AND A TRUCK’s Annual Meeting event that was held in Orlando, Fla., in March. Annual Meeting is a three-day event for the TWO MEN AND A TRUCK brand to gather and discuss best practices and how to achieve success, but for Nabejar, it turned into a meet-and-greet with other attendees after he was introduced as a National Move Hero nominee on opening night.

“Everyone I talked to at Annual Meeting was very positive and kind to me,” Nabejar said. “I felt very honored to have an opportunity to attend. I made some memories that I will never forget.”

Nabejar was one of three nominees for the National Move Hero Award, joining DJ Cook – a driver for the Polk County, Fla. Location – and David Woods, who is a move consultant for the Raleigh, N.C. franchise location.

The three held celebrity status during the Annual Meeting, but on awards night, it was Nabejar who received the news – in front of all attendees – that he had earned the highest award of national move hero. It was a major milestone for Nabejar and his TWO MEN AND A TRUCK career, something he wasn’t quite sure how to put into words.

“Speechless,” Nabejar said. “I was just speechless and overwhelmed at the honor.”

According to those who work with Nabejar on a daily basis, he’s a devoted family man who is heavily involved with his church when he’s away from work. Although he always puts work first, he took some personal time away from the job after Hurricane Harvey hit to head down to the Houston area and worth with relief efforts for the city, showing what kind of person he really is. During his time with TWO MEN AND A TRUCk, he has maintained an excellent customer satisfaction rating, and is considered to be a model employee by his peers.

For Nabejar – who puts so much time into helping others at his franchise location – he felt it was important to recognize his team members from his McKinney location as he won the award, because being part of that team made this possible for him.

“Everyone [at my location] is proud of the award,” Nabejar said. “It’s a great feeling knowing  I’m part of such a wonderful and supportive team.”

Although he enjoyed the time celebrating his award, part of what got Nabejar to where he is today is his commitment to hard work and always looking forward, and that’s exactly what he plans to keep doing.

“I’m always dedicated to setting the bar higher,” Nabejar said. “I give respect to everyone I work with and because of that, I get respect back. I strive to continually encourage each team member to be the best they can be, both on the job and in their personal lives. My ultimate goal is to put God first, and I am grateful anytime He uses me for His purposes.”